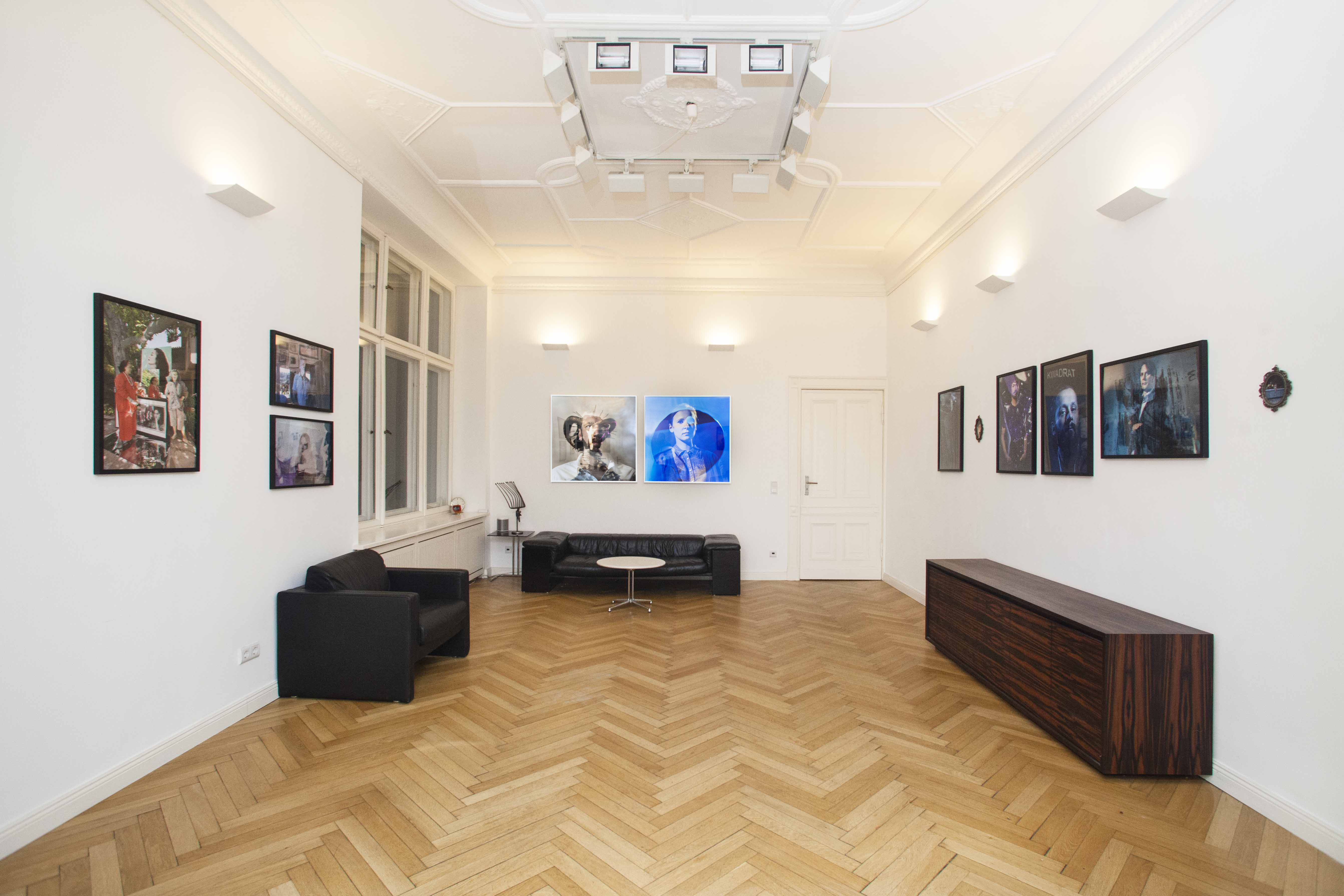 From November 11th to December 16th, gallery Carpentier in Berlin presents two bodies of work of photographer Semra Sevin in the exhibition 'Metropolitan Angel'. The subject is three legendary metropolises which have been a magnet to artists and creatives from all over the world—Berlin, Los Angeles and New York— and the two photographic series here reflect upon the search for identity.  “Body Reflections” consists of a selection of surprisingly experimental, multi-layered images. The second series captures the artists which Sevin met throughout the course of her life as a photographer. Some of the personalities displayed in the exhibition are: Larry Bell, Joan Quinn, Alicja Kwade, Dewaine Valentine, Anselm Reyle, Tim Eitel, Gregor Hildebrandt, Despina Stokou, Nick Ut, Ed Moses, Julie Bennet Roberts and Gale Tattersall with his son.

'Body Reflections' we recreated in a unique process in which female nudes are arranged with layers of foils or projections, opening up a manifold of perspectives to the viewer. At first glance, there seems to be no definitive surface to these photographs, but rather an abundance of structures. These complex and distinctly orchestrated arrangements surprisingly offer up far more references to a 'reality' than a purely documentary-photographic style would. Sevin’s photographs lay within the tradition of experimental photography (Man Ray, Alvin Langdon Coburn, Laszlo Moholy-Nagy and Hans Breder, among others) intertwining elements of abstraction and figuration.

Los Angeles, the capital of illusive reality (that of moving pictures), is quite literally characterized here as elsewhere by the Californian sun and its multitude of flora. Yet, Sevin’s depiction of California is also characterized by a more generous architecture and the landscape of the highway. Here, the models seem to have a more intimate relationship with their own body. The New York City pictures suggest the distant and alluring skyline of a city, simultaneously extremely aloof and brutally direct. Through her European gaze, Sevin resonates on New York’s swelling social stratification, where the rich and poor live in the closest proximity without interacting on a personal level.

The Berlin 'Body Reflections' series was created in a more condensed and conceptional manner, which stands in contrast to NY and L.A. Sevin chose a building, which, like no other, is testimony to the current sociopolitical changes of the no longer divided city: the abandoned department store and now well-known rundown landmark 'Tacheles'. More than any other, it is a building that embodies the anarchic creative scene(labelled by the then Mayor as “poor but sexy”) after the fall of the Berlin Wall. The artist sees the restoration of this building (as of April 2016) as a symbol of a new, fractured era of Berlin, in which the importance of money soon replaces the importance of Bohème.

Sevin’s second photo series 'Portrait Reflections' introduces a cross-section of creative personalities inhabiting the art world in Berlin and Los Angeles. We observe touching moments which came about from the personal relationship of the photographer with her models. Sevin’s foil technique interfaces her protagonists with their working environment. Anyone who establishes a successful career in the art world is inevitably a 'chevalier of fortune', yet the “Portrait Reflections”  relate to an abstract dimension of those portrayed. In general, most artists in Germany are rooted in the academy (and thus reliant on the professor’s networks), while in Los Angeles the idea of discovering an unrecognized genius can play a greater role.

A German photographer, from parents of Turkish descent, Sevin grew up in the northern city of Braunschweig, some 200 kilometers west of Berlin and just along the border of East Germany. After working in Paris with some of the best fashion photographers, Sevin went to Los Angeles to study film and worked, among others, with renowned photographers such as Nick Ut. She then moved to Berlin in 2011. With her keen eye for the idiosyncrasies of different cultures, she not only observes but also becomes submerged in the lives of her subjects, their work, their perspectives and stories. Sevin’s sensitive investigations of these cosmopolitan cities reflect upon the ephemeral moments of ever-changing landscapes. 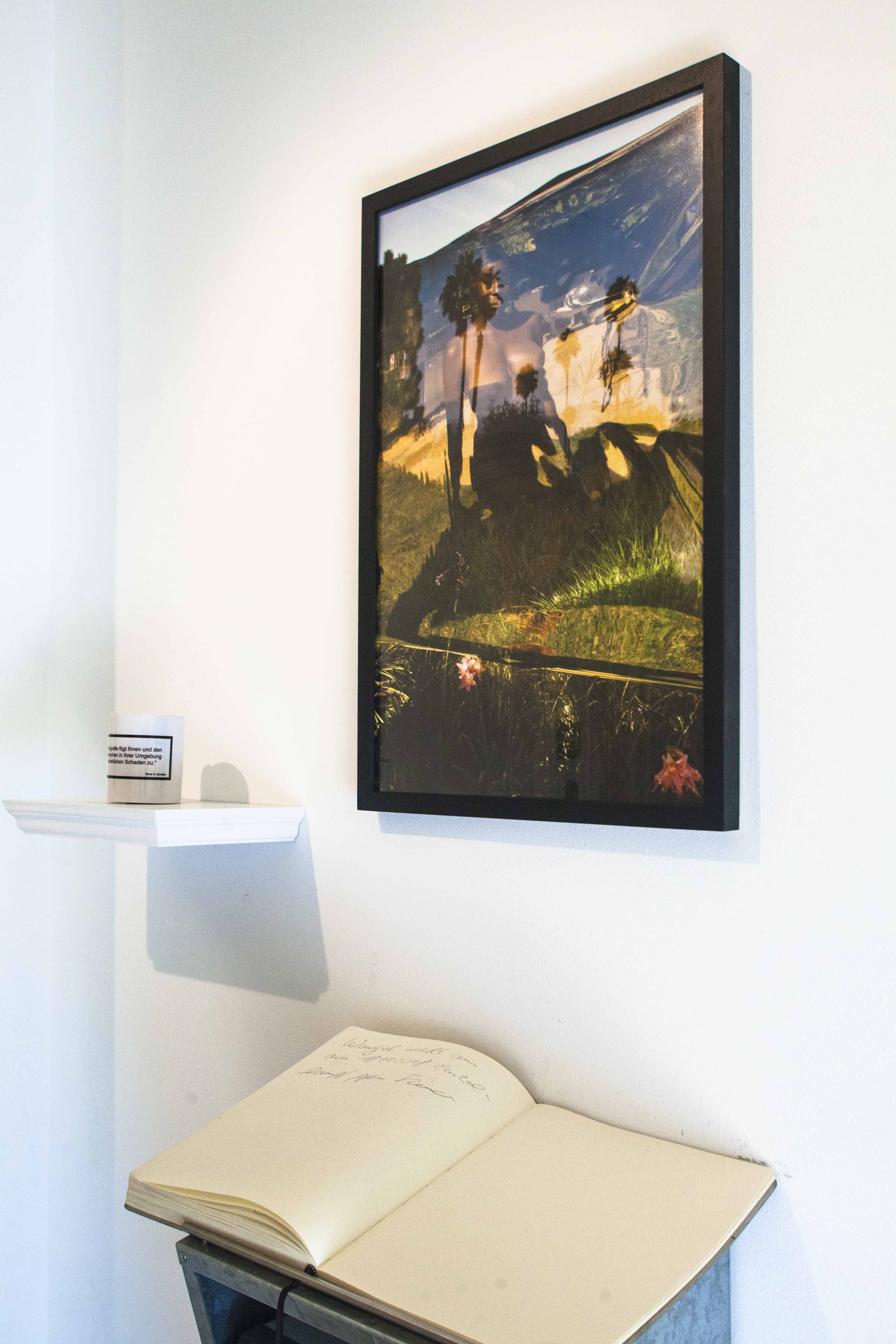