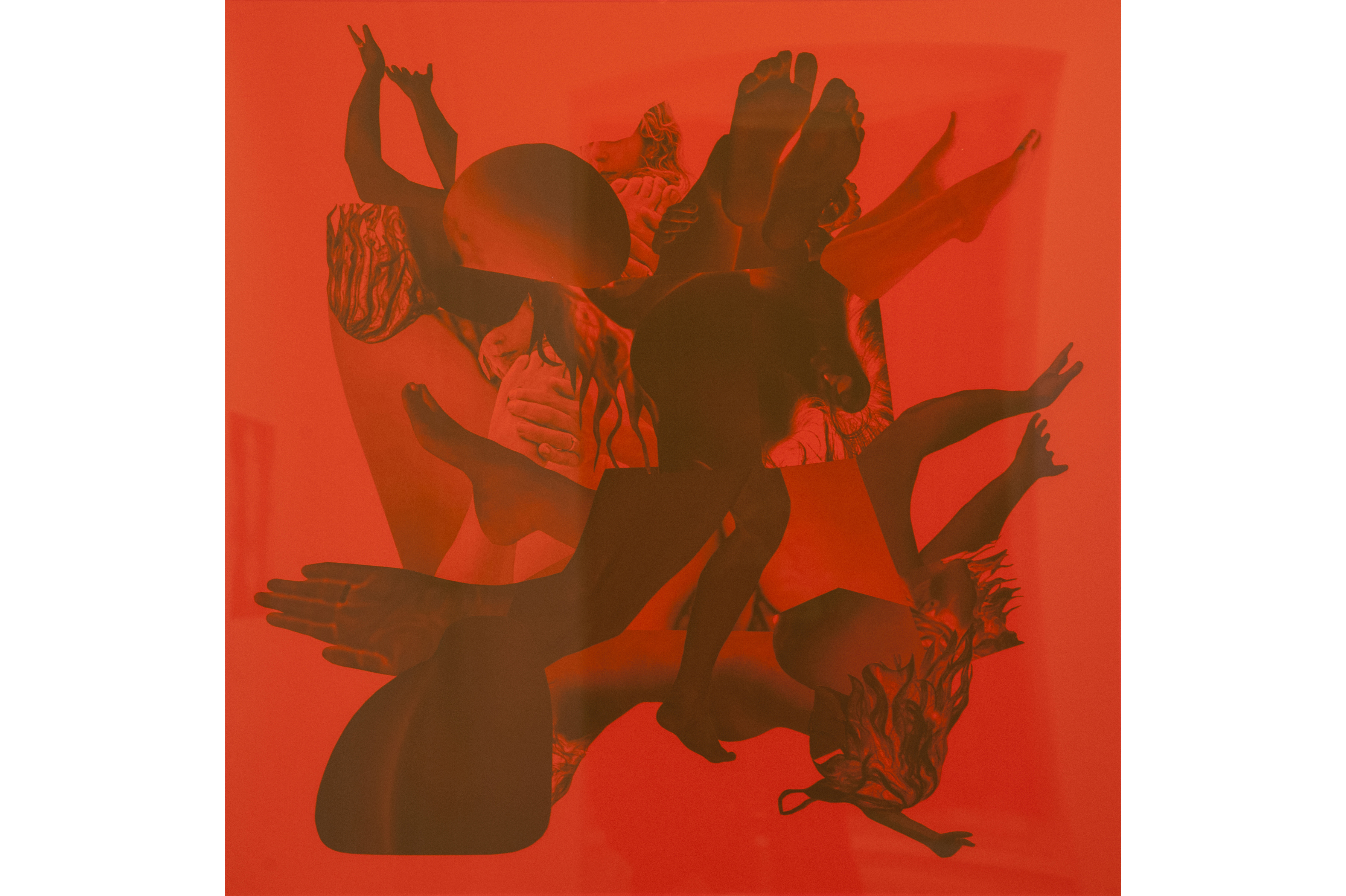 I am German with migrant background. I am rather petite, for German standards, curvaceous, with dark eyes. As a child and teenager, I was bullied for my “non-German” appearance. With this series of photographic self-portraits, I am empowering myself and hope to inspire others.

Growing up in Germany at the time when I grew up, a narrow-minded beauty ideal was ever present on the cover of magazines, in media and the film business in Germany. According to this ideal, a female had to be tall, skinny, blond, with a small chest, a small nose, blond hair and blue eyes. Only when I moved to France and Los Angeles to work and study, did I start to feel happy with my body. The beauty ideal for women in Southern Europe, L.A., NYC and even Scandinavia is much more diverse. In order to succeed in those countries in politics, the film or fashion business, a woman does not have to correspond as strictly to a Nordic look as is often the case in Germany.

In the 19th century, as Europe was changing from absolute monarchies to parliamentary democracy, France was rebuilding a new kind of identity based on a revolution from underneath made up of values of humanism and equality. Germany, in contrast, underwent a reform “from above”. Common values were attained  through a cultural and “völkisch nationalism”, which the supposed tall, strong, Nordic look of a German was part of. At the end of the 19th century, many parts of Europe saw the rise of so called ‘sciences’, such as the typology of criminals within criminal statistics, based on their external features (Lombroso), racial theories (Gobineau) or Eugenics (Galton). The body was measured, classified into types, connecting the results directly with the character of those measured. Humans who did not correspond to northern and middle European norms were considered as degenerates. In the 3rd Reich, so called ‘Lebensborne’ fostered ‘physically and mentally superior blonds’ to bear children. Himmler’s aim with the 'Lebensborne”', was, to rejuvenate the German race.

Germany only recently began to diversify the body image in media and in public, much later than the US, France and UK for example. Plus, our images today, are manipulated through plastic surgery and photoshop. This and the discussion about prenatal genetic manipulation, are methods to capitalize on the fear of negative repercussions, when looking different.

At the same time, German men above in their 40s or 50s seem attracted by the “exotic”. There have been men, who engaged with me only to tell me that their friends will be astonished that they slept with a Turkish girl. They said they had no interest in a long term relationship because of my Turkish parents, which seemed too foreign to them, although they had never met them, and although I couldn't be more German in my culture, even international and quadri lingual, well-travelled and educated. Luckily, this is changing in the younger generations.

In my photographic series, I am challenging this subliminal racist concept of the evaluation of the body as 'non-German' or “exotic”. Consciously, I break out of those norms to challenge conventional beauty ideals. With this photographic project and my work in general, like my fashion project 'REglam', I promote and encourage self-empowerment. REglam is a body-, racial-, gender-, age and disability inclusive fashion photo project, that shows that being different and being beautiful can go hand in hand.